Secrets of the Alpha Male

What is it that women want and why is it that they always seem to end up with jerks?

In a previous article Understanding Human Attraction, I discussed how we should use the idea of a complex society, tribe or pack to understand what human beings are attracted to and why. I mentioned in that article that, in these complex groups, women are interested in the most dominant male of the tribe or pack. In this article I would like to go into this in greater depth.

A woman fundamentally wants to survive just like any other creature on the planet and more than that, she wants her genetic heritage to survive. In order to accomplish this she will do anything that she can to align herself to the most powerful male that she can find. In order to be attractive to women, men must therefore exemplify powerful dominant qualities.

The MSN Encarta Dictionary defines an alpha male as: 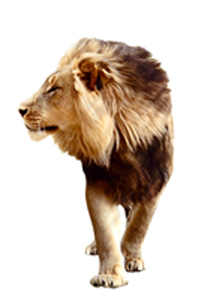 An alpha male is usually the leader of a human pack, but not always. Dominant males can quite often be loners but wherever they are they exemplify leadership qualities. As such even when they are not looking to form groups, others tend to revolve around them and tend to instinctively look at them for guidance. This can become even more pronounced during times of stress or life and death situations.

More often than not though you will usually notice that an alpha male has a large social network of friends and acquaintances. Women tend to find popular men like this very attractive and will be especially turned on by a man that has other men that defer to him for guidance and leadership.

This of course means that an alpha male does not take orders only gives them. This is why most women love the bad boy and the jerk. These type of men epitomize the ideal of the kind of guy that takes orders from no one and does his own thing. This can often times be quite a wrong judgment since most bad boys are usually just scared children but this quality is so hard wired in women that they will do the silliest things for the wrong man.

An alpha male will usually have a quite confident demeanor and tends not to be shy. You will usually see the alpha male enter a room and immediately try to own it. That is he will usually position himself in the most visible place and he will act as if he is the lord of the manor.

Don’t think that the dominant man will be the loudest in the room though. Usually the loudest is a beta male that feels confident because of his position in a social network and is trying to bolster his packs and his leaders standing in a new environment. If you want to know who the real leader is, wait until the loud male is done with his loud antics and see who he defers to.

Money is a wonderful indication of alpha male dominance. Not because all wealthy men are alpha males but because women tend to equate wealth with dominance. This is of course something that we all do, subconsciously or not, and for good reasons; wealth is surely a good indication of survival ability.

A wealthy man will most likely offer a great benefit when it comes to survival. Wealth means abundance and abundance means survival rich. If a woman were to have children with a rich man, she can be very confident that her children will be very well taken care of and have the best chance of making it to adulthood so that they can have children themselves.

But wealth does not always make for an alpha male, even though many a wealthy man tends to think so. Women understand this instinctively and will sometimes be quite content with marrying a wealthy man but having children with an alpha male.

Wealth assures safety and comfort, which are perfect for raising children, but it does not assure survival. Renegades and rouges tend to have far more survival capable genes and a woman ‘naturally’ wants to bear offspring with the most survival positive genes. It’s also worth noting that most Self Made millionaires tend to have these rouge characteristics.

Finally as I have mentioned in the article, Understanding Human Attraction, alpha males are very, very seldom burly brutes. The alpha male has the most cunning brain not the strongest muscles. Beta males are usually the burly ones as they do the alpha males bidding and help to maintain his leadership position. Alpha male therefore equals quickest brain.