According to science, and the law of electromagnetism, “opposites attract”. But is this a human law of attraction as well? It could be? This might explain the reason why you always see all those classical teams like Abbott and Costello or Tom and Jerry. But just as often we end up seeing that those that tend to stay together are very similar. This would explain why two best friends tend to be very similar; they have to share similar interest to be friends at all. Also there is that weird happening where old married couples seem to look more and more like each other with every passing year.

Perhaps attraction is a chemical thing? Doesn’t the old saying go, “they have chemistry”? 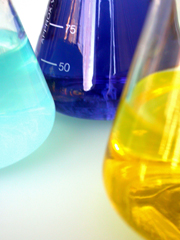 Scientist have also found that humans make and secrete pheromones. There is still a lot of research to be done in this area and there are no concrete theories that have come out of the scientific establishment but there have been some interesting finds. The most interesting of these showed that women given old shirts worn by different men would actually be able to tell just from the odor which man was the most appealing to them. Basically they were able to distinguish, without seeing the man, the most handsome men within their study group just from the men’s smell!

But as I have said there is still a lot of work to be done in this area and the fact that we developed as very visual creatures, has many scientists believing that visual cues are the most important factors in human attraction.

So how does attraction figure in human relationships?

Well I think this is where there has been little study and if we are to learn anything then its best to learn from complex, higher mammal interrelations. Lest we forget we are a pack animal that likes to live in large and complex social structures. And as such we know for a fact that all females within complex packs are interested in the alpha male of that pack or group. Genetic survival is to be found with the most powerful male in the clan. But the most powerful male is not the biggest, meanest meat-head. If the biggest and meanest was the best and the alpha in our clan, then we would still be Neanderthals. Brains is usually power and it is the best way to acquire those things that demonstrate power.

All males in these complex groups are very interested in youth and health in their women. In order to be sure that your genes are passed on, you need to mate with a young and very fit woman. Youth and fitness are most easily identified by looking for young and healthy bodies. All make up is designed to create the hyper illusion of youth and vigor in women. In order to be attractive then, women should work on their health. The fitter that you become, the more attractive that you will be.

This is attraction at its dirty little best. I hope that you remember that I am going for truth here, and truth can sometimes be a hard pill. In the future I will deal with some of the complexities of human attraction. Funny little things like blonde hair, and why Donald Trump can date models.