How to Create a Stand Up Comedy Routine

It can be a pretty difficult thing to go up and talk to people. We have all found ourselves in situations where we have to make small talk and mingle. Sometimes we also run into people that we like and would love to have just the right thing to say to be able to get the other person interested and smiling. 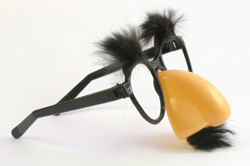 Guys can find the act of going to talk to a girl very daunting and a nerve racking affair that can have you tongue tied and sounding stupid. Girls can also find themselves in situations where they are desperate to say something witty and fun to impress and entertain. But it seems that the harder that you try, the harder that it becomes to be cool.

The ‘gift of the gab’ as the Irish call it is a great blessing and allows those blessed with it, to talk to anyone and bring a smile to all. The best way to meet girls is to be funny and the best way to not seem bitchy or snotty is to have a good sense of humor.  Laughter creates instant rapport with anyone and there is no better way to make a good impression than to make them laugh.

This article will give you all of the know-how that you will need to create a great comedy stand-up routine. Why?
Because a comic routine is sort of like a small funny story that you relate to people that allows you to bring out your inner comedian and create instant rapport with anyone.

Have you ever noticed that comedians have really hot wives??

Yeah, get a girl to laugh and they will instantly like you. Keep them laughing and you will have all the girlfriends that you can ever want. If you think that I am kidding, look at the girls that Jim Carrey has been with, or Dan Aykroyd’s wife!

Funny girls also have it good. They are surrounded with friends and can usually get away with murder since everyone likes them so much. A great example of the great appeal of a funny girl is Ellen.

So a stand-up comedy routine then is a funny story? Yes but its a lot more than that; it’s a story full of funny twists and turns with not just one joke but a bunch of jokes interwoven throughout. A great comic routine catches you by surprise and leaves you wanting more. It turns that dull everyday and twists it so that it becomes a great big fun romp.

Life is pretty boring mostly, anyone that can add a spark to our dull day, will have our thanks and will be instantly transported into our good books.

To begin, lets look into the anatomy of a joke:

•    Most jokes are really a REFRAME; this is when you change the way a person perceives a certain event and as a result, you change the meaning. All good stories have a reframe of sorts, my favorite is when you find out the Rudolph’s giant red nose is not weird and ugly but its actually the only thing that will get Santa’s sleigh safely through the snow storm.

Why did the frogs cross the road?…
It was stapled to the chicken..haha

See, you were maybe thinking ‘frogger’, but the reframe turned it into ‘the hills have eyes for amphibians’ 🙂

If you are having troubles with the whole reframe thing, just think of it as; SURPRISE! Basically a good joke is always a good surprise. You were expecting this but…Bang! You got something totally  different. A surprise is like a light bulb going off in your head. Eureka!

If you can master this notion of creating a surprise effect (or in other words, a reframe) then you  can turn anything into a joke.

And a great comedy routine is a bunch of jokes in a row that add up to a story, a really funny, ,messed  up story.

•    Another thing that we have to consider when we are trying to understand jokes is; TIMING. If you remember the idea of surprise, then the art of timing is pretty simple (most comedians will want to string me up for saying that but in the great words of Bob the Merciless, “ Fuck’em if they can’t take a joke.”).

What you want to do is to catch your audience completely by surprise…So good timing means saying things when they least expect it and to say it in ways that they hadn’t imagined.

For example you could be saying something in one rhythm but then you totally change that rhythm to say something really weird. Or you tell a really sad story with a giant smile on your face. Good timing means breaking patterns and waiting for just the right moment to let them have it!

Ok, so now that you have basic idea of the joke, how do you get started?
Well the best way to create a comedy routine is to take an ordinary story and to add a few surprises to it. Try to come up with a relevant story; that is a story about something pertinent or significant to where you are and what you are doing. Try to think of things that have happened to you, or are happening. It can be anything from you working at your computer, to going to the bookstore,  looking for a book at a bookstore, or even eating pizza.

My advice is to have a bunch of stories and to create as many comic routines as you can so that whatever happens, you will always have at least one routine that fits right into what you and others are talking about. Think of these routines as a comedy bag that you can reach into. The more stories that you have, the better your inventory, the more prepared that you will be to deal with any social circumstance.

So lets see what we can do with a simple story:

Jack and Jill went up the hill to fetch a pail of water
Jack fell down and broke his crown
And Jill came tumbling after.

So this buddy of mine…Jack, went up this hill with this chick that he had been trying to pounce for months.
Jill or something…slut.
Anywho, Jack takes Jill on this bogus walk supposedly to get water from a well or something, he told me after that she was wearing the shortest skirt ever, any shorter and it would have been a tank-top… I guess the bulge in his pants was so huge he could barely walk. Freakin pervert!
So Jacko is straining just to walk, but dumbdumb is so hot right now that he start to drop the bucket, bending down trying to look up Jill’s dress…He walks with a limp now, I guess he strained his crotch or something..
So Jack keeps dropping the bucket and bending over, when all the sudden he gets lucky and Jill gets a bit ahead of him, he looks up these hot sexy longs legs and…”God,” he screams, falls down, and starts rolling down the hill. Hits some rock or something and passes out.
Jackie boy tells me later that as he bends over and looks up at the sexiest longest legs ever, he eyes under the inziwinzy mini skirt… what could only be described as..The biggest pair of hairy tea bags ever!  So traumatized was the poor guy that he slipped, fell, and nearly broke his crown.
So he thinks he’s dreaming; bad nightmare.. but when he wakes up, there is Jill standing over him, one leg on each side of his body. He can’t help it but to look up those hot legs again and sees the biggest Johnson this side of the Mississippi..I guess Jill was flying commando.
Crazy man! I guess Jill was actually Jason a while back. She just needed one operation to make the girl complete…If you know what I mean.
What happen to jack?
Him and Jill got married last Tuesday,
They flew to Hawaii…See that’s how I got this awesome tan!

Anything has potential.  Just remember about the surprise effect and learn to tell your stories with great timing. You don’t have to swear and it does have to be a dirty story but try and take that originally dull life event, and give it a bit of color.

Have as many routines as possible, this will give you tons of practice. Before long you will be able to improvise on the spot and be able to come up with great jokes and twists that will have the people around you laughing their heads off.

One bit of warning; let other people have a word in. Don’t talk endlessly; there is nothing so unfunny as to have to hear somebody go on and on. Good timing means knowing when to shut up. Let others talk and put in your two cents, if it looks like they want to hear the rest of your story, then tell it but stop and get input from the other people.
Also, don’t laugh at your own jokes. It’s terrible when you see people going on laughing their heads off while the audience looks at them in growing horror. Tell your stories with a straight face; there is nothing funnier than to tell a funny comic routine with a straight face.

Learn to read your audience so that you know when to laugh, when to shut up, and when to talk.

Keep those comic routines handy, so that you are never caught unprepared. The best way to break the ice with people is to have a great sense of humor and to blow them away with a really good stand-up comedy routine.

You never know when you might be stuck in an elevator…with a Rabbi, a priest, and chicken…

Because of the great interest in ‘How to create a stand-up comedy routine’, I have put together an ebook that answers all the questions that many of you have. It explains how jokes and comedy routines are created in a a step by step fashion, how to apply good comedic timing, how to use comedy as a persuasion tool, and how to use comedy to relax and improve your health. Please check it out!