Persuade Others With Voice Power 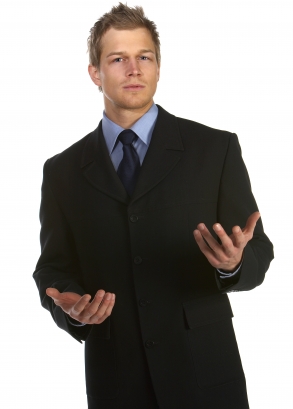 The ability to persuade others to your desires is an incredibly powerful thing. It is hyped about in many articles, books and seminars. What is rarely discussed in this material though is the power of the voice to persuade and entice others.

The timbre and resonance of a powerful voice can make a great impression on a person.  The power to move people emotionally with your voice can be incredibly potent when you are trying to persuade others to your point of view.

The power of a well developed voice can shatter glass, entrance and soothe.  A very clear and resonant voice can affect even the coldest heart.  So the need to develop a powerful speaking voice is most important to anyone that has to deal with people on a regular basis, and unlike other persuasion techniques that require you to be in front of the person, this technique allows you to affect others even while on the phone.

The following , simple, exercises will allow you to develop your voice so that in a very short period of time you will be able to have a dramatic influence on others through speech alone:

1.    This exercise will allow you to develop the timbre and musicality of your voice. All that you have to do in this exercise is to sing with your mouth closed. It doesn’t matter what you sing but you don’t want to sing too loud as this might damage your vocal cords.
This is a very easy exercise to do every morning as you are getting dressed and ready for work.

2.    Read half a page from any book out loud, and as you do this pronounce every syllable of every word in a clear and prolonged manner. For example;
I-saw-te-rri-fic-thun-der-while-I-was-at-the-ca-bin-by-Kam-loops-lake.

3.    The resonance of your voice is what determines the emotion but what gives your voice impact and the ability to persuade is its clear, crisp, and clean articulation and tonality. In order to have a clean perfectly articulated voice, you need to read out loud  the words that you read in the prior exercise, but this time pronouncing each consonant as if it were three letters instead of one. For example;
I-sssawww-ttte-rrrrrri-ffficcc-thththunnn-ddderrr-whwhwhillle-I-wwwasss-attt-thththe-ccca-bbbinnn-bbby-KKKammm-llloopppsss-lllakkke.

4.    The last exercise is to repeat the above exercise but at a faster rate.  You will want to increase the speed at which you can read the above passage but never forgetting to pronounce the consonants as if they were three and also remember to add pauses in there when the pauses are needed.

The above exercise quickly develops the your ‘verbal suggestion ’ power. These exercises make the voice larger than life, penetrating, and very persuasive. Your words will be recorded deeply within the mind of those that you are communicating with, and they will imbed themselves in their minds so that your words will be remembered repeatedly throughout the day.

Remember to also maintain a serene state while speaking to others, and never lose sight, even for an instant, the final desired outcome of your words. Never rush your words for this is a sure way to have them lose their power. Remember also that you want to pronounce all your syllables in a clear and crisp manner.

Remember to try not to irritate those to whom you are speaking. Do not interrupt when another person is speaking, always wait until the other person is done and then speak in a serene manner. Never argue but wait until the other is done making his or her point, then use the power of your voice to imbed within them your thoughts and ideas.
If by the end of the conversation, you have not been able to get the other person to your point of view, then do not act in a nervous fashion, and hide any kind of emotional response because the game, as they say, is still on. Your words will, because of the power of your voice, have been deeply embedded in the mind of your listener and he or she will undoubtedly ponder them long after you have parted.