Uncover a Belief and Stop an Enemy 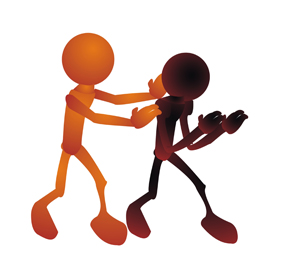 There is nothing more powerful in life than understanding a person’s belief system. Everything that a person does can be seen as a result of a belief that they have about themselves or the world around them. You don’t have to see this in a metaphysical way; beliefs affect the decisions that people make and the ways that they see the world.

Many personal beliefs are not conscious ones. Most people act and don’t actually realize why they are acting the way that they are acting. It could be that earlier in their lives, these certain beliefs were useful for one reason or another. For example the fear of strange men can be very useful if you grew up in a difficult area, but that belief is not a positive one if you fear all strange men; since there are also good people in the world. This old belief will hinder you in developing new friendships and it will create unnecessary stress in your life.

The magic word here is “Why?”

When someone does something or says something that you don’t approve of, simply ask, why?” That person will most likely give you a curt and mean answer but after he or she is finished, what you need to do is to once again ask, “Why?”

Keep doing this, going from one reason to the next. If you persist and the other person lets you continue, you will eventually come to the root belief or cause for their actions. It could be for example that our friend was hurt by a man once and as a result began to believe that all men are evil or believe that the world is an unfriendly dangerous place.

The problem develops when a person believes that ALL men are evil or that the ENTIRE world is a dangerous place. By using this technique you will allow your opponent to face the reason for their bad behavior. If they are to grow, then they have to face this belief and come to understand why they believe this and if this belief is a valid one. Whatever the case, this technique will at least give you breathing room, since it’s quite a shocking thing to come face to face with a personal belief, especially one that was hidden in some way.

To perform the above technique properly, you can’t go around asking why, why, why; you need to do it in a subtle way that won’t annoy, but that creates a real desire to answer your question. You can do this by not just asking “why?” but asking, “Why do you hate men?” If he/she replies that they all suck, then ask, “And why is it that you think they all suck?” If he/she says that they all hurt people and have evil intentions, then ask, “Why would it be that they are all so evil?”, etc.

When they come to the crux of the matter and find out for themselves why they act out the way that they do, because of what they believe, they will be forced to re-evaluate their actions. You can’t change another person so don’t try. All that you can do is to bring a little bit of enlightenment that will hopefully allow your enemies to grow. If they can’t grow and change for the better, then that is their choice, but you can be sure that they will think twice before acting out in a similar way around you again.