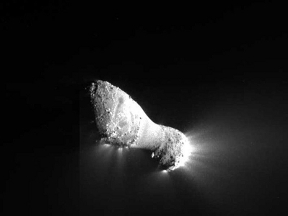 The end of the great long count is upon us and we are all wondering what will happen on December 21, 2012. Perhaps nothing will happen and many will be reminded of Y2K.  But there does seem to be something special about this coming date and it has many curios and some downright scared.

Perhaps it’s the fact that there seem to be so many crazy things happening right now. People look around and see the wars, climatic changes, and the natural disasters and they are reminded of the prophesized end times. Others see psychological changes in people; noticing how man has become so detached from the mother Earth. Noticing also that religious and cultural conflicts which seem to be on the rise.

Whatever the case, 2012 has become a great focal point for many. This focal point is the subject of many speculations and predictions and most of these speak of dire and terrible consequences. For some there are religious overtones while others just see it as an inevitable cycle of destruction that we cannot escape.

In this article we will explore some of these predictions. I will refute at least one of these and that is because it is easily refuted if you know anything about Astronomy. The other reason is that this prediction is a type of misinterpretation of an actual mythological event that is in my opinion far more interesting and far more credible. If you are interested in reading about this, please read; What will really happen on 2012.

Anyway let us get to some of these predictions. In no particular order:

•    Coronal Mass Ejection/Solar Flares_ Many believe that we will be experiencing either one massive or perhaps many massive Coronal ejections from the Sun. These are mass ejections of matter and electromagnetic radiation by the Sun. If they are large enough they could wipe out all or most of the life on earth.
The general belief is that these are cyclic events that happen in the history of the solar system. The Maya were able to predict these large solar events and 2012 marks the beginning of these great flares from the sun.

•    Nibiru/Comet_ There is also the belief among many that 2012 marks the return of either a huge rouge planet or comet. This massive stellar object is the great destroyer of the world, its appearance points to a massive Earth apocalypse that will leave our planet a barren wasteland. This is also considered to be a cyclic event that the Maya were able to calculate, and December 21, 2012 marks its appearance in our solar system. This massive stellar body will pass within such a close proximity to the Earth, following its own 5,126 year cycle, that it will cause incredible destruction due to gravitational upheaval.

•    We all live in a computer program…_ This is perhaps one of the more interesting theories about what will happen on 2012. The theory is basically that we all actually exist inside a computer program and that this program will be shutting down on December 21, 2012 at exactly 11:11 am.
Peter Gurston has a very interesting take on this theory. He believes that he has received information from extraterrestrial sources which have told him how he can save the world. He believes that he has to leap off of Bell Rock in Sedona Arizona. On December 21, 2012 at exactly 11:11 am (which is the exact time of the Winter’s Solstice) a portal will open up. If he is able to jump through this portal, he will literally save the world.

•    We are going through the Galactic Plane_ This theory states that on 2012 we will actually be going through the center of the Galaxy. How this works is that we are supposed to be following a 26,000 thousand year cycle that puts us through the Galactic Plane every 13,000 years. In order to understand this you must realize that our Galaxy is not believed to be a giant sphere but more like a flat pancake.
The solar system (where we reside) is located near the edge of this great pancake; the Milky Way Galaxy. Moreover the Solar system is not stationary but it is spinning slowly around the center of the Milky Way and as it does so it wobbles above and below the pancake. For example for 13,000 years it is above the pancake and for 13,000 years it is below the pancake. On December 21, 2012 we will be going right into the pancake, which is called the Galactic Plane, hopefully to come out the other side to start another 13,000 year cycle.
This is bad because going through the pancake is deadly. The gravitational forces here are supposed to be so huge that the Earth will be devastated and most life on Earth will perish. It is also believed by some that during this time the sun will disappear for 3 to 5 days, this of course would be fatal for most life on Earth.

Now this last theory is actually the most easily disproved because Astronomers have been able to predict the Solar System’s movement with great accuracy. Astronomers now know that this wobble through the pancake is not a 26,000 thousand year cycle but that it actually takes 33 million years. Astronomers calculate that we won’t go through this Galactic Plane for another 30 million years, so 2012 is a bit too close to fit this theory!

There is another theory though that also uses a 26,000 year cycle. One that I have not seen listed anywhere on the internet, one which I followed for many years. This one has to do with the Platonic year, with cycles of light and darkness and is a possible explanation for what might actually happen on December 21, 2012 at 11:11 am. Stay tuned as I will be publishing this article shortly.